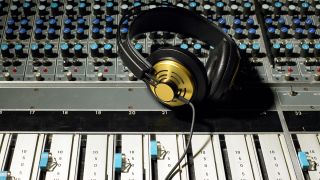 Ah, the 1970s. This was the decade in which rock ditched its roll and spawned many a subgenre, some littered with glitter and others progressively psychedelic.

This was a golden era of superstars and icons, with a slew of singer/songwriters thrown in for good measure. Nightclubs, meanwhile, were ditching the tables and chairs in favour of mirror balls and some serious four-on-the-floor action.

So, who do we have to thank for this onslaught of excess, pomp and pageantry? The humble music producer, of course, but which one should be crowned king of the decade?

It's over to you to decide who was the best producer of the '70s. Cast your vote now…