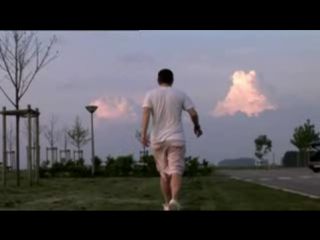 Good to be back: Mike Skinner in the video for The Escapist.

Mike Skinner has confirmed that Everything Is Borrowed, the new album by The Streets, will be released on September 15. The final track from the album -The Escapist - is available now as a free MP3 download.

Everything Is Borrowed will be The Streets fourth record, and has been described by Skinner as a "peaceful coming to terms album". As previously reported on MusicRadar, the singer plans to end The Streets after releasing one more long-player.