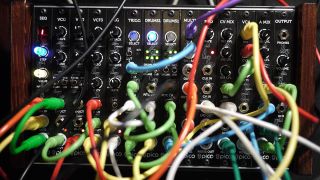 A total of 15 units are on offer, including VCO, envelope generator, sequencer and drum modules. Better still, Erica Synths is also looking to sell them as an entire system.

In just a few months, the Latvian firm has developed the new range, with its chief aim to make it small and affordable. We think the company has achieved that with aplomb. Each diminutive module should retail at around €100, with the system going for about €1000.