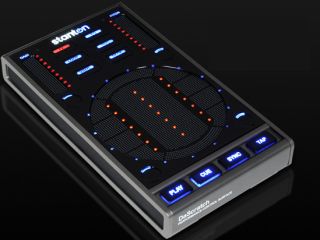 As promised, Stanton has now released the full specs of its DaScratch controller via its website.

Designed to be used with both DJing and DAW software, the device's big selling point is its central touch-sensitive section, and this operates in three modes. Slider mode turns it into a bank of three faders; Circle mode gives you one central slider and a circular slider round the outside; and Button mode puts nine buttons under your fingertips.

In all modes, the controller responds to multiple simultaneous touches, which effectively means that you can use more than one finger at a time.

As we mentioned in our preview story yesterday, you can set DaScratch up using the supplied DaRouter software.

If you want to learn more, head on over to the Stanton website, where you'll find further information and demo videos.