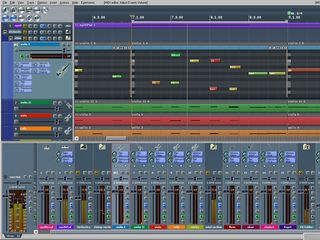 Reaper, the rather excellent and eminently affordable DAW, has just been updated to version 3.0.

Described by developer Cockos as "a huge upgrade", this heralds the arrival of an all-new MIDI editor that enables you to edit multiple tracks in a single window. The automation system has been overhauled, too.

You check out the detailed list of improvements below, but one thing that has stayed the same is the fair pricing. A commercial license will cost you $225, but if you use Reaper for non-commercial purposes, you only have to pay $60.

If you haven't yet tried Reaper, now's the time to give it a go. It's available for Mac and PC, and you can download an unexpiring demo from the Cockos website.