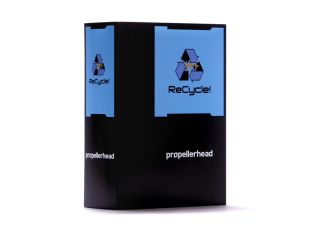 Propellerhead's ReCycle doesn't get updated often - it's one of those bits of software that does its job very well and doesn't really need many more bells and whistles - but the new version (2.2) that's just been released contains some key features.

For a start, ReCycle is now fully compatible with 64-bit operating systems (including Mac OS X Lion) and the main window has been redesigned, too. What's more, exported audio files now contain Reason-style tempo information, and when files are imported from Reason said information is used to set the tempo and length in ReCycle.

Check out the press release below for a full list of what's new. The ReCycle 2.2 update is a free one for existing users and can be downloaded now from the Propellerhead Software website.

ReCycle 2 users can grab their free update at the Propellerhead website.