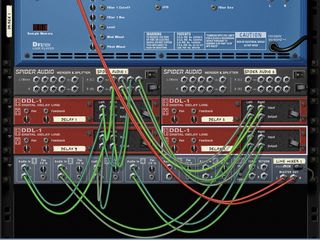 Propellerhead has confirmed that Reason development will continue.

With all the talk surrounding the launch of Propellerhead's Record software, the company has felt it necessary to reassure users of Reason, its other major application, that it still has a future.

Writing on the Record blog, Propellerhead CEO Ernst Nathorst-Böös says: "Even though Propellerhead have now introduced Record, we're totally committed to Reason as a product in itself.

"Propellerhead will continue to develop Reason. Just like we always have. In fact we have a dedicated team working on an update of Reason right now. We always do.

"And the same is true for ReWire [the protocol that enables users to 'link' applications together], we will support it tomorrow just as we do today. Adding Reason to your DAW will continue to be the most powerful vitamin injection you can give it."

Nathorst-Böös has also moved to clear up some of the confusion surrounding the differences between Record and Reason, and reiterated that the programs work 'as one' when you have both installed on the same system rather than side-by-side (as some reports have been suggesting).

You can read the full post on the Record blog.