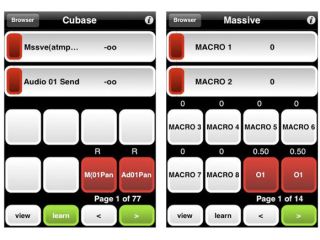 Although Novation hasn't officially announced it yet, word has slipped out that the company is working on an Automap application for the iPhone/iPod touch.

Users of Ableton's forum are already discussing the forthcoming app's potential as a Live controller, and there are also details of how it actually works. Basically, you just need to have a computer (Mac only at the moment) and iPhone/iPod touch running on the same Wi-Fi network.

Novation's Automap technology has previously been incorporated into the company's range of MIDI controllers, and is designed to enable easy hardware control of your favourite software.

The new app looks set to bring this kind of functionality to your Apple handheld.

We'll bring you more details - a release date and price, for example - as they come in.