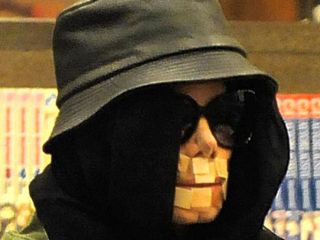 Jackson's possessions go on sale next week in LA

The gates of Michael Jackson's Neverland ranch, as well as gloves and jackets worn on stage by the singer, are to be auctioned next week.

The Thriller star had tried to get the auction stopped earlier this month but lost his appeal. The auction will now take place over four days at the Beverly Hills Hotel in Los Angeles from April 22.

The main attraction of the auction is arguably the white crystal glove Jackson wore while performing Billie Jean on stage at the Motown Records 25th anniversary concert in 1983. The glove is expected to fetch as much as $15,000.

The auction is split loosely into three sections, stage wear and memorabilia, furniture and decorative arts, and finally, amusements, toys, and Disneyana.

Some of the more striking pieces on offer are a gilded throne, a Rolls-Royce complete with interior designed by the singer himself, a framed letter from then President Ronald Reagan and a Madame Tussauds waxwork of Jackson.

Representatives of the auctioneers spent three months in the Neverland ranch, which Jackson left in 2005, searching for sellable objects. There will be 1,390 lots for sale in total, all of which can be viewed online. Bids can also be placed in advance through the website.

Jackson is thought to be in approximately $24m of debt, but it is expected the auction will go a long way towards putting him back in the black, with organisers suggesting the final auction total could be anything between $10m-$20m.

Cash in the attic indeed.