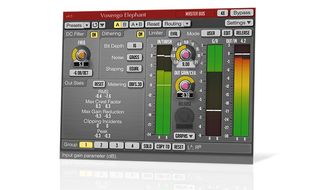 "The best-selling plugin is Voxengo Elephant; it was performing well ten years ago and still is."

Voxengo is responsible for some of the most popular plugin effects around, including GlissEQ, Elephant and Shinechilla, to name but three highlights. Indeed, if you haven't already got its amazing free SPAN analyser on your system, it can surely only be because you haven't heard of it.

Here, head honcho Aleksey Vaneev answers our questions and lets us in on the story of how his company came to be…

You've been making plugins for a long time now, and the earliest ones are still available. What did you learn when creating these early products that led to the design and functional philosophies you have today?

"Certainly, I did learn a lot during these years. This includes various approaches to digital signal processing, general computer programming, and, of course, online marketing, search engine optimisation and product design. What I also learned is that it's difficult to please all users.

"Moreover, I have to maintain an achieved level of quality - this includes functional and visual quality so that any next version does not disappoint the existing users. An improvement in a software is not always an improvement to all users."

What's been your best-selling plugin to date, and why do you think it did so well?

"The best-selling plugin is Voxengo Elephant; it was performing well ten years ago and still is. The reason it sells well is probably due to its sound - it offers a variety of processing modes that suit a range of tastes. During these years, each major version of Elephant offered a new processing mode, which had an improved sound over the previous version. Such progress has allowed Elephant to stay competitive."

Your SPAN frequency analyser is a real freeware classic and is used by many producers. It's not the only free analyser out there, though, so why do you think it's been so successful?

"Indeed, SPAN is a very popular plugin - in the last month alone, it was downloaded by 10,000 people. This is a bit of a mystery to me, but maybe the main reason for its popularity is the way it displays the audio spectrum: in a very clear manner, with a slope correction and with a good approach to averaging both timeframes and higher frequencies."

Do you see free plugins as a promotional opportunity? Are they products that won't sell? Or are they a way to give something back?

"I see them as a combination: it's both a promotional opportunity and a contribution to the music community. The sales of SPAN Plus show that free SPAN could sell well on its own, so a free product isn't always a product that 'won't sell'. Another purpose free plugins serve is to get as many users as possible to become accustomed to how our plugins function and look."

What's coming next from Voxengo?

"I'm currently working on AAX-64 versions of all released plugins. I'm also planning to advance GlissEQ and Polysquasher to their next major versions, with possible changes made to their audio algorithms. By the way, some people may wonder, 'Why such a weird name for a plugin: Polysquasher?'. It's due to its unique algorithm: a feedback compression algorithm that utilises an array (hence 'poly') of compressors ('squashers'), usually more than ten of them working at the same time."