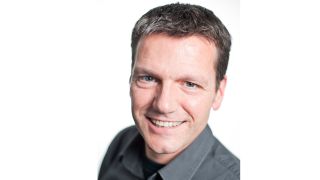 In the last few years, PreSonus has transformed from a company dealing in hardware to a developer of software too. Their range includes audio interfaces, software such as their Studio One DAW and Notion notation program, mixers and control surfaces, iPad apps, loudspeakers for studio and live use and more.

As well as standing on their own, the things PreSonus makes have a great ability to talk to each other. You could make a recording on Capture for iPad, pipe it instantly into Studio One, then use ReWire to integrate Notion into your project, record more parts using an AudioBox interface, and monitor through PreSonus headphones or monitors, all while controlling Studio One using your iPad.

It must've been tough to create a system like this that actually works, and one of the tea responsible for doing so is General Manager Arnd Kaiser, based in the company's Hamburg office. We picked Arnd's brains about how the company approaches software creation, and tried to squeeze out some info about what to expect next!

All this app integration must have taken a while to get right, but you've made it work. Where can you go from here? Perhaps we'll see some new iPad instruments or effects, or more tablet/desktop features getting 'ported' to other platforms…

AK:"Over the past two years, we've continuously expanded the application software platform for hardware control apps and standalone software. One important step in this process has been the porting of the Studio One framework to iOS.

"Our custom framework is the foundation for most of our software apps. It allows us to use practically any Studio One feature or technology on any platform and vice versa: any technology developed for our hardware control apps can also be used in Studio One. A perfect example is the multi-touch capabilities in Studio One 3, which have their origin in our UC Surface mixer control app. Another example is the Fat Channel, which exists both in hardware (StudioLive mixers and the new Studio 192 audio interface) and software (a Native Effects plugin in Studio One).

"So technically, we're able to port instruments or effects to any platform. Also, we are planning to add other platforms in the future. It's really a matter of time and resources."

You've transitioned from being a hardware company to one heavily involved with software. Did that transition work out as you expected? What were some of the things you learned along the way? Are you still expanding your hardware offering?

AK:"It's true that PreSonus has transitioned from a hardware company to one of a few companies in the music technology and audio industry with both hardware and application software development in-house. This makes us independent from licensed software and allows us to develop deeper integration between hardware and software.

"The biggest advantage here is the ability to approach product design purely from a user and workflow perspective. Instead of trying to match hardware and software and figure out how to put it together, PreSonus customers can chose from various hardware/software system solutions that offer perfect integration for a seamless end-to-end workflow.

"A challenge for us - and part of the learning process - is the synchronized planning and design process for combined hardware/software solutions. We've made a lot of progress over the past two to three years, and we continuously improve our processes. Our newest hardware products, the StudioLive CS18AI moving-fader mixing controller and the Studio 192 USB 3 audio interface are the best examples for PreSonus hardware/software integration. Both products can be used in a pure hardware system (combined with our rack mixers and stand-alone control software) or in a hybrid system with deep Studio One integration."

The free Studio One Prime recently launched. How did you decide which features weren't going to 'make it' from the full version. Most people are worried about the lack of plugin support - are there any plans to make VST/AU plugins available in any way, even if it's just one per track, or some other restriction?

AK:"There's a lot of free software out there, but it rarely serves any real purpose other than 'teasing' the user and pushing the user toward paid software. With Studio One Prime, we are offering a full-featured DAW with complete editing tools, no track limits, and unlimited session storage. Studio One Prime is perfectly suited for learning editing and mixing techniques, so it's great for teachers and students. Of course, songs are compatible with Studio One Artist and Professional. It can even be expanded with additional content (Add-ons) from the built-in PreSonus Shop.

"So in all, we now have three options with Studio One:Studio One Professional is the complete and unrestricted version that always gets every new application feature;Studio One Artist is the basic version that can be expanded with additional features as needed (including VST/AU plug-in support). It's kind of the "built-to-order" version;Studio One Prime is the free version that is not expandable with Add-ons but can still be enhanced with additional content, such as loops and instruments, from the PreSonus Shop."

We didn't see any features from Notion introduced in Studio One 3. What's your philosophy on notation features in the modern DAW environment, or do you think they're best developed as separate entities, for different kinds of user? Can users of both programs 'bridge' the two? Are you planning to co-ordinate the development of the two products with this in mind?

"With Notion 5.1, we introduced stem export to Studio One, so Notion users can work on a score in Notion, then export the audio as stems with a single click. These stems can then be opened in Studio One - together with track names, tempo, and markers - for editing, mixing and mastering. Of course, Notion and Studio One can be used side-by-side using ReWire, providing a unified mixer for both applications."

What's coming up next from PreSonus? Any hints as to forthcoming software releases or big projects?

AK:"At this time, we're working on a new version of Studio One, which includes custom integration of our Studio 192 audio interface and additional support of the StudioLive CS18AI moving-fader controller. It will also include a couple of new features uses have requested. This will be a free update for Studio One users, and it's going to be available at the end of September.

"I'd also like to point your attention to the Channel Strip Collection, a new Add-on for Studio One that is based on our own advanced modelling technology called "State Space Modelling." These channel strips have just been released and there's more to come here as well.

"Further down the road, you will see some exciting new hardware and software solutions incorporating our latest technologies. Some things we are very excited about but can't talk about yet."