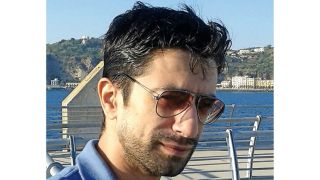 With acclaimed plugins such as TS-1 and Polaris in their catalogue, not to mention a shedload of sampleware and Omnisphere presets, Italian software developer Audiority is very much on the up. We caught up with the man behind it all for a chinwag…

Tell us more about the company - who works at Audiority, and how did it get started?

"Audiority and Epic SoundLab are basically just me. I started back in 2003 with Progsounds, as a forum for progressive metal keyboardists. I started programming sounds, writing tutorials and helping other keyboardists to join the 'dark side' of synthesis and sound design.

"In 2010, I decided to quit my regular job and make a living with what I truly love… and that's how Audiority began. It's a one-man band: the code, the GUI (almost all of them), the sounds... everything you see on both sites is the hard work of yours truly!"

You've come a long way from creating soundware to developing plugins. How was the transition? What obstacles did you face?

"The biggest obstacle was getting back on my feet again with object-oriented programming and C++. I used to do a little programming in C++ over ten years ago, but nothing compared to what I had to learn to begin the development of my own plugins. It was really hard and sometimes overwhelming, but it was worth the effort."

There are lots of transient-shaping plugins on the market. How did you plan to set your first plugin, TS-1, apart from the competition?

"Honestly, other transient processors I've tried over the years are, to me, just too punchy sometimes - every time, I find myself adding a compressor to tame what the shaper is doing.

"I started working TS-1 because I needed a different transient shaper for a project I was working on, and it slowly became what I've now released. What I did really love in TS-1 was trying different combinations of envelope detection circuits to find the best-sounding ones. Also, the saturation algorithm just sounded so good. "

You based Polaris on early digital reverb units. How was the approach of copying the sound of an existing processor different to creating one from scratch?

"Well, since Polaris isn't an emulation of an existing device, I didn't try to model it on a specific sound. I was reading some papers about reverberation, and I found an interview with Chris Moore of Ursa Major talking about their SST series. The idea of creating a decent reverberation unit with just a single delay line just blew my mind! So I tried to stick with the same philosophy for what concerns the core reverb of Polaris and some of its main new features."

What's next for Audiority?

"There's a lot more to come! Right now I'm testing v1.3 of Polaris, featuring a new Swell parameter. Basically, you can get instant pads out of anything. There's also a very big project I'm slowly working on, and this is the most ambitious one so far - stay tuned!"