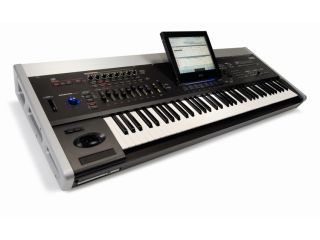 Oasys is now even better than before.

Korg has released an operating system update for its monster Oasys workstation. Version 1.3 of the OS is available now, and provides further evidence of Korg´s willingness to add new functionality to its synth flagship.

The update contains an improved version (2.1) of the Karma engine; this offers a number of interface and workflow enhancements. There´s new system functionality too, which relates specifically to the handling of Korg´s EX expansion sample sets.

The demo enables you to try the synth for free. If you like it, you can purchase an unlock code for $249.

Also new for the Oasys is the Brass & Woodwind Expansion Library. This features 700MB of sounds and costs $149 (again, a demo version is available).

For further details, go to the Korg user website.