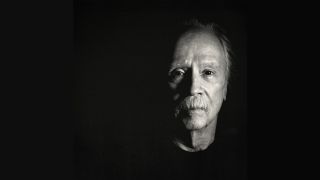 Get ready for some Carpenter cuts...

John Carpenter's haunting synth-based movie soundtracks hold a special place in the hearts of many electronic musicians, so there's bound to be excitement at the news that he'll be performing live for the very first time at the ATP Iceland festival next year.

Taking place in Ásbrú, a former NATO base in Keflavík, on 1 to 3 July 2016, the American composer and film director will be performing a musical retrospective of his work, his 2015 debut studio album Lost Themes, and new compositions. His film/soundtrack credits include the likes of Assault on Precinct 13, Halloween and Escape from New York.

Commenting on the booking, ATP's Barry Hogan said: "We are incredibly honoured to present the first ever show by this legendary film-maker and composer. Having had the opportunity to present the maestro Ennio Morricone twice in recent years, it has been a burning ambition of ours to also present John Carpenter, who is both a pioneer and a huge influence on us and so many great musicians and film-makers that we work with. You'd be fucking crazy to miss this."

Well, quite. You can find out more on the ATP website.