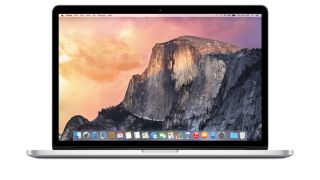 Many Mac users have upgraded to OS X Yosemite, but what about those who haven't? (Image credit: Image courtesy of Apple)

No one expects the developer of their favourite music software to support legacy operating systems forever, but what kind of timeframe should we reasonably expect? Five industry players give us their take…

"There's no hard and fast answer - sorry! There are many factors for an app developer to consider: Do the latest OS developer tools even allow you to build for older versions? Does your app need features that are only available in the latest OS? Would supporting older OSes take up so much time as to impact new developments?

"There's also the issue of hardware: mobile devices tend to have a much shorter lifecycle than desktop systems."

"On the Mac OS X side, it happens pretty frequently. I have applications compiled for Windows XP and they are still working; I can't say the same for Apple Leopard or even Snow Leopard. So even though the nice answer would be 'forever', realistically, you should expect roughly four years on OS X and maybe ten to 15 on Windows."

"I don't think there's a straight answer to that. It depends on how difficult it is to support certain operating systems. For example, we will not support the old Mac PowerPC models, because these models don't have an Intel processor and cannot run Sylenth1's code. These models are also outdated and no longer supported by Apple, so it'd be a lot of work for very few users who will eventually still upgrade to Intel Macs.

"In the music industry especially, the reliability of a system is often its most important feature. The musician needs to build trust in his setup, and learn how to handle problems. An operating system update can break things.

"For developers, it requires tremendous effort to support and test all systems. Since most musicians do decide to update, it's often an economic necessity to focus support on systems that are within their OS lifecycle."

"From a user's point of view, I'd hope for at least three years on desktop and two years on the faster-moving mobile platforms. Once the target hardware gets beyond that sort of age, it's often less suited to running the latest and greatest version, and when you update your hardware, it's usually the time to move to the latest operating system.

"A good developer should ensure that all major bug fixes and optimisations have been released well within this period so that the user has a stable setup that's well matched to the capabilities of their OS
and hardware."