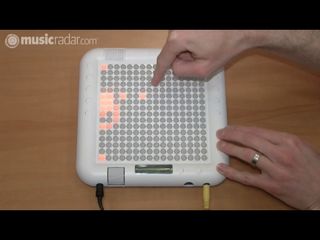 Have you worked out why it's called the Tenori-on Orange yet?

Yamaha's TNR-O - or Tenori-on Orange, as everyone's calling it - is a matrix-based electronic instrument like no other. Except, that is, the original Tenori-on, which is now known as the TNR-W (or Tenori-on White).

In fact, as you'll see in the video above, the Tenori-on Orange sticks very closely to its sibling's blueprint, which was laid out by its creators Toshio Iwai and Yu Nishibori at its launch in 2007. There are several notable differences, though - hit play to find out what they are.

The Tenori-on Orange is currently available in the UK for £599, while the version 2.0 firmware, which is also compatible with the original Tenori-on, can be downloaded for free from the Yamaha website.