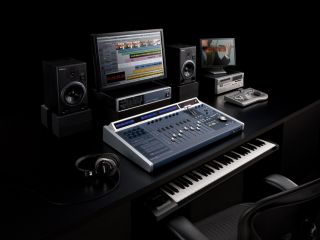 Will you soon be able to buy the VS-700 controller on its own?

When Cakewalk launched its VS-700 last year, one of the issues raised was the fact that its impressive controller can't be purchased or used independently of its audio interface.

What's more, the system only works with Sonar - other DAW users need not apply.

The suspicion now, though, is that Cakewalk could be set to use the Frankfurt Musikmesse to debut a controller that can be used with anything.

In reference to the VS-700, a new Cakewalk press release says: "2009 sees the introduction of a more universal stable mate. For full details and the chance to get hands-on, come and visit us at the Edirol and Cakewalk stand."

This second sentence also suggests that the hardware may be finished, so could possibly be released soon.

At the moment, though, we're just reading between the lines. We'll bring you more news via our show blog when Musikmesse kicks off on 1 April.