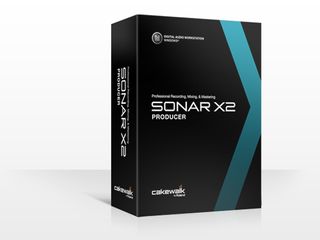 Cakewalk Sonar X2: the box design has been confirmed, it seems.

Cakewalk always seems to do its updating in the Autumn, and true to form, it's just announced that Sonar X2 is on the way.

This is the follow up to Sonar X1 and its companion expansion pack. A few of the new features are summarised in the video above, and there's more info on the Cakewalk website.

Highlights look set to include a Modular ProChannel, the Console Emulator, Sonar versions of Breverb and Roland's R-Mix, automation lanes and take lanes.

We'll have more news as we get it, which will be later in August, apparently.