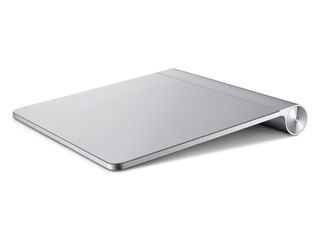 Apple Magic Trackpad: could it replace your mouse?

There hasn't been a Steve Jobs keynote to mark the occasion, but Apple has today launched a raft of new products across its Mac range.

The most eye-catching of these is the Magic Trackpad: a wireless multi-touch trackpad for desktop Mac users. It supports the same gestures as the pad on the MacBook Pro, but gives you a larger surface area to work with.

Connection is via Bluetooth (two AA batteries are required) and the Magic Trackpad can either replace or be used in conjunction with your mouse. It costs £59.

Next up, the iMac now features Intel Core i3, Core i5 or Core i7 processors, making it more powerful than before. The dual-core machines can run at up to 3.6GHz and the quad-core iMacs at up to 2.93GHz, while graphics are now powered by the ATI Radeon HD 5750. Prices start at £999.

If you want an even more powerful music making computer, consider the new Mac Pro, which now supports up to 12 processing cores. It features the Intel Xeon quad-core and 6-core processors, which run at speeds of up to 3.33GHz.

Finally, there's the new 27-inch LED Cinema Display, which offers 2560 x 1440 resolution and comes with a built-in iSight video camera, mic and speakers, USB 2.0 hub and MagSafe connector. You'll have to wait until September for this one - the US price is $999 but we don't yet know how much it'll cost in the UK.