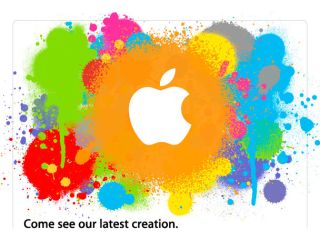 Can't you just show it to us now?

Following a period of intense speculation, Apple has confirmed that it'll be holding one of its special events on 27 January at 10am (PST).

Rumours on what form this could take have been many and varied; some believe that it'll run a powered-up version of the iPhone/iPod touch OS, while others are hopeful that the machine will be OS X-based.

The paint-splattered invite for the event contains the words "come see our latest creation", which has led Engadget to speculate that the new machine could be aimed at artists, musicians and movie-makers ('creative types', y'see). Obviously, it would please us greatly if this turned out to be the case.

Of course, there is a chance that a tablet isn't what's on Apple's agenda (which, you might say, would be a difficult pill to swallow…) but we doubt it somehow. MusicRadar will bring you specs, pics and analysis once the technological cat's out of the bag.