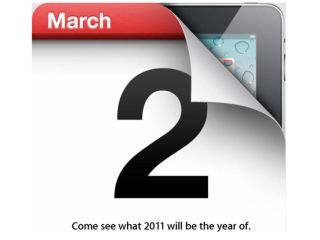 The iPad 2 looks set to be unveiled at a launch event next week. Apple has sent out invites showing a calendar page being peeled back to reveal what can only be an iPad, with the words "Come see what 2011 will be the year of" below.

The second-generation iPad's specs remain a closely-guarded secret, though there has been speculation that it will contain a front-facing camera so that users can make FaceTime calls, a thinner case, an improved display and possibly even a USB port (which would be great for musicians, obviously).

Before you get too excited, we should remind you that despite being announced in January 2010, the original iPad wasn't actually released in the UK until the end of May, so you might still have to wait a while before you can get your hands on one.

Given the impact that Apple's tablet has already had on the music software market, though, we'll be very interested to see what 2 March brings.