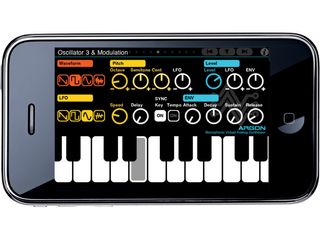 Will you soon be able to play iOS synth apps such as Argon using your USB MIDI keyboard?

It looks like musicians could soon be getting a much-requested feature in Apple's iOS: support for MIDI.

Based on its experiences with the beta, AppleInsider is reporting that iOS 4.2 supports the CoreMIDI framework (this also appears in OS X), which suggests that developers will soon be able to develop MIDI-capable apps.

What remains to be seen is whether you'll simply be able to plug in your USB MIDI controller keyboard - via the Camera Connection kit on the iPad, for example - and then see it working plug 'n' play with MIDI-enabled apps. We've known for a while that this works for some audio interfaces. Furthermore, does this mean that interfaces such as the MIDI Mobilizer will 'just work'?

This development throws up other questions, too - will MIDI work over Wi-Fi, for example - but it's assuredly a good thing. iOS 4.2 is due for release in November.