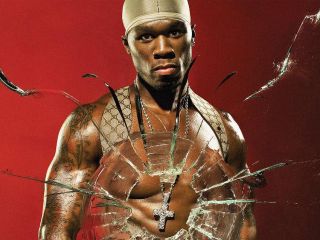 After 50 Cent's third album Curtis lost the battle of sales (and egos) against Kanye West's Graduation in September 2007, it's not really surprising to see Interscope Records being a bit tentative with the release of Before I Self Destruct. The album's finished, as planned, but an unconfirmed February unveiling is the best we can do.

Still, we do at least have the full tracklisting and production details courtesy of the Nah Right blog. Dr Dre and Eminem are all present and correct, as are old cohorts Lloyd Banks and Nate Dogg, to name but a few…

When it does drop, the deluxe release comes with a DVD of a movie, also called Before I Self Destruct, starring and directed by 50 Cent himself. Expect a videogame of the same name to follow shortly. And a sequel. Probably.