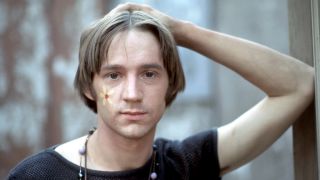 Peter Tork, who sang and played bass and keyboards with iconic ‘60s pop band The Monkees, has died at the age of 77.

A statement on his official Facebook page reads: “It is with beyond-heavy and broken hearts that we share the devastating news that our friend, mentor, teacher, and amazing soul, Peter Tork, has passed from this world.”

A talented musician as a child, Tork became known on the Greenwich Village folk scene in the early ‘60s. Having auditioned unsucessfully himself, his friend Stephen Stills recommended Tork to the producers of The Monkees, the sitcom about a fictional pop band that would turn its four cast members into stars.

Unlike other members of the band, the talented Tork was allowed to play on the recordings of The Monkees’ first two albums. Although he was known as the group’s bassist, Tork was also an accomplished guitarist, and was responsible for the piano introduction on Daydream Believer, one of The Monkees' biggest hits.

As the news of Tork’s death was confirmed, Brian Wilson and Monkees drummer Micky Dolenz were among those who took to social media to pay tribute.

I’m sad to hear about Peter Tork passing. I thought The Monkees were great and Peter will be missed. Love & mercy to Peter’s family, friends and fans. pic.twitter.com/NquzjTmtFxFebruary 21, 2019

We're deeply saddened to hear of the passing of our dear friend, Peter Tork. His contribution to music will never be forgotten. Our thoughts are with his friends and family. #musiclegend #themonkees pic.twitter.com/MnewQTFAiTFebruary 21, 2019