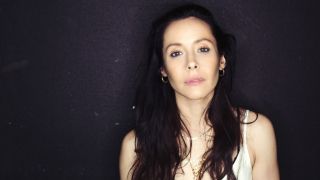 Nerina Pallot is one of the UK’s most respected singer-songwriters, having released a string of well-received albums and also written and produced for other artists, including Kylie Minogue.

Her latest LP, Stay Lucky, is released on Friday 13 October (a day on which the superstitious will definitely be hoping that luck stays with them, funnily enough), and is perhaps her most mature and heartfelt to date. Recorded over two weekends and featuring contributions from Bernard Butler and members of Michael Kiwanuka’s touring band, it radiates warmth and intimacy, with Pallot playing piano, guitar, synths and percussion.

We asked Nerina to reflect her career and tell us the five things she’s learned about music production along the way.

“It sounds so obvious, but sometimes it’s easy to get caught up with over producing something, or trying to shoehorn your latest favourite sound into absolutely everything, everywhere. It’s fine if your key sound is the one you wrote the song with - imagine Van Halen’s Jump without that synth; you can’t, really - but even then it can be used sparingly.

“What is the sentiment behind your song? What is the mood? What’s the best soundscape you can create to really get across the lyric or the emotion and make it connect as best it can? What are you trying to say and how can the production help you say it even better?”

“Sometimes it might just be you in the studio creating everything, and while that can be really immersive and rewarding, you can also run the risk of falling into comfort zones and not exploring enough different ways of creating a track.

“I always find that, when I get other musicians in and let them play what they feel, it allows the production to take turns - often to better places - that it won’t do if you start off too prescriptive. It would be so dull if you knew what the finished production was going to sound like before you even got cracking - it’s like anti creativity.

“Go on an adventure - you’re doing this because who wants a normal job.”

“My favourite ever production story is one about Prince’s When Doves Cry. He originally recorded a bass part but decided that the song was more cohesive without it. That’s a pretty radical call to make - but sometimes losing a really obvious element can make something more exciting.

“How many times do we get hung up on a particular part - like super attached - because maybe the part was really tricky to play and we’re really chuffed with ourselves or some dumb ego thing like that, but it’s doing the song fuck all good? Ask yourself, ‘is this really adding anything?’ and if it isn’t, get rid!”

“I started making records just as tape was being replaced by digital. When I got my first Pro Tools rig I was lost in the world of take after take after and ‘Yeah! I can triple-track everything!’ and ‘I can edit between 20 takes!’. And suddenly it was taking me days to just decide on a vocal comp or drum track.

“Editing is necessary, sure, but if you’re spending more time editing than recording you can lose impetus and freshness and sometimes enthusiasm. Commit to things. There’s nothing wrong in having contingency takes, but you do not need ten of them.”

“Because you cannot. An OK song will not suddenly be great. The drum track will not magically have a feel that wasn’t there in the recording process. If you didn’t pay attention to the vocal chain going in and there is a lot of noise and clipping on the vocal track there’s only so much EQ and de-essing can do.

“Mix as you go along - when you reference other tracks for inspiration during the process, think about what the mix is doing too. Mixing should be fun and relatively easy, not the last chance saloon for a track.”