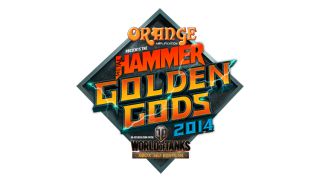 Get your rock on with Orange...

Win a pair of tickets to the Metal Hammer Golden Gods Awards party at IndigO2, London.

This prestigious event, hosted by LA hair metal party boys Steel Panther, takes place at the London Indigo2, Greenwich on the 16th June 2014, and is preceded by the pre-show boat party on HMS Hammer presented by Vans.

Orange Amplification has a long history of being the amp of choice for metal guitarists and bassists. Orange ambassadors in the nominations include Justin Aufdemkampe (Miss May I) for the Dimebag Darrell Shredder Award, Killswitch Engage for Best Live Band, Scorpion Child in the Best Underground category and Architects for Best UK Band.

To help celebrate their sponsorship Orange Amplification are offering a pair of tickets to the awards where you can rub shoulders with a whole host of hard rockin' metal artists. You'll also get to travel to the awards aboard the HMS Hammer, where you'll see The Dillinger Escape Plan, Upon A Burning Body, Kill Devil Hill and death metal heroes Dying Fetus play live

This competition is open to UK residents only, and closes on Friday 6 June.

To find out more about Orange amplifiers and artists nominated for this years awards visit the official Orange website.