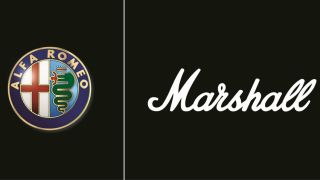 Alfa Romeo & Marshall Amplification are hosting an exclusive screening of the Dave Grohl-directed documentary film Sound City at London's legendary Olympic Studios, a former recording studio for everyone from The Rolling Stones to U2 and now a state-of-the-art cinema.

With an introduction by Chris Kimsey (producer to The Rolling Stones, INXS, The Cult and Duran Duran to name but a few) and a special live performance by Tim Burgess and Mark Collins of The Charlatans, this promises to be an event to remember.

We've got 20 tickets up for grabs for this amazing screening. All you need to do is follow the link below, fill in your details and answer the question!

This competition closes on Tuesday 17 June 2014, and is open to UK residents only. This competition is for tickets to the screening only, and does not include travel to and from the event.