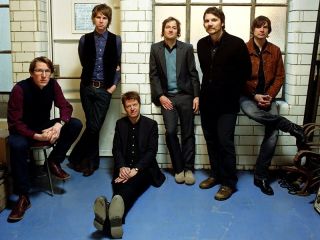 "Jim Scott and the band spent the last few weeks mixing in Jim's studio in Valencia, California," blog Wilco. "Here's a list of song titles spied on the reels - note this is not necessarily complete and not in sequence."

"Rumors and blogs regarding a guest appearance on that last track are, amazingly, quite true. Feist does indeed lend a great vocal to You And I."

While the thought of a Feist/Wilco collaboration sounds impossibly cool, just imagine the commercial potential! 1,2,3,4 The Thanks I Get iPod-ready Volkswagon, anyone?