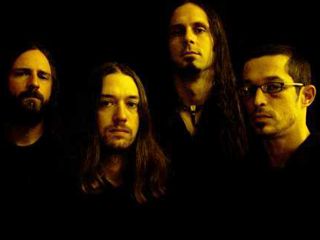 It's always been hard for original bands to get noticed (and make a few bucks in the process) , but with people scaling back because of the econmy, it might be even harder than ever.

However, the Chicago-based band Yakuza have figured out the best way to play music and rake in some dough - play in a tribute band. A Led Zeppelin tribute band, to be exact.

"That's the moneymaker for me," Yakuza singer-saxophonist Bruce Lamont told the Chicago Tribune, referring to his side band called Led Zeppelin 2. "We played House of Blues in January and sold out. Now House of Blues and Live Nation are all about the band, and they booked other shows for us."

Money is coming in

"The money is coming in, but I'm not spending it on a Corvette, I'm funneling it into the six other bands I need to feed."

Although Lamont admits he'd rather rock big crowds with Yakuza's music, he says "it's hard to pass up the money" in Led Zeppelin 2.

Still, there is an upside: "It's fun, we dress up, I play Robert Plant and cover all my tattoos with makeup and get a hair stylist. Plus, you get to play Led Zeppelin music for a couple hours."

Now, if you'll excuse us, we're off to our New Kids On The Block meets Slayer tribute band, Reign In Block.