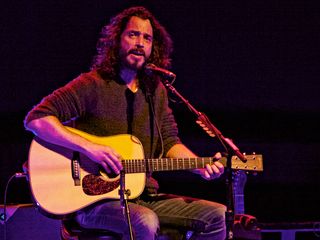 Last night (16 February), Soundgarden vocalist Chris Cornell paid tribute to the late Whitney Houston with a stirring rendition of I Will Always Love You at a fundraiser for President Barack Obama in San Francisco.

But it was with his finale that Cornell truly floored the audience, belting out the Dolly Parton-penned song that Houston turned into a classic when she sang it in the 1992 film The Bodyguard.

Cornell and Soundgarden recently completed a tour of Australia. The band, reunited two years ago, is currently working on a new studio album, their first studio effort since 1996's Down On The Upside.