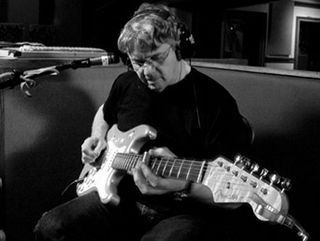 The sessions introduced new Steve Miller Band member Sonny Charles, veteran R&B vocalist of The Checkmates. These were also the final sessions by harmonica player and vocalist Norton Buffalo, Miller's 'partner in harmony' for 33 years, who died of cancer in October 2009.

In the video clip above, Miller talks about the Skywalker Ranch sessions that were the backbone of the new album.

Bingo is out now via Roadrunner/Loud & Proud.