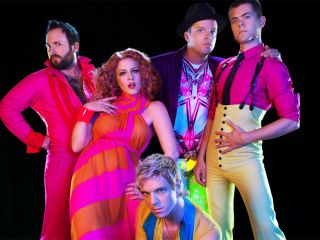 A Bad Day for UK radio?

Bad Day, by Canadian optimist Daniel Powter, is the most played song in the UK over the last five years, according to the Performing Rights Society (PRS). Plays on radio, TV, websites and in live music venues put five British artists in the top ten.

It's no surprise to see James Blunt's You're Beautiful at number three, MTV and radio plays in its first week of release alone must have been enough to secure a place. And Snow Patrol's Chasing Cars at number five proves that including at least one radio-friendly, epic ballad per album, is the way forward for arena-filling indie bands.

Some impressionable journalists believe this list represents the UK's favourite songs. It doesn't. After Bad Day's radio overkill, surely only Daniel Powter can claim it to be his favourite? And maybe the PRS, which will happily take its 10% of anything.