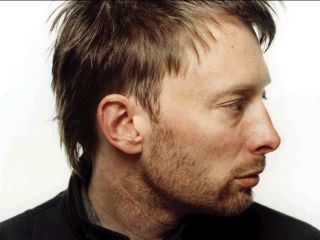 Yorke and Co. are supposedly showing up in Pilton tonight.

News seems to be circulating that everybody's favourite forward-thinking rock band Radiohead are due to play a surprise set at Glastonbury tonight.

The Sun reported this morning, and NME claim to have confirmed, that Radiohead will fill the 'special guest' slot on the Park Stage at 8pm tonight. That said, before we get too excited, as far as we can remember the only Glastonbury Festival we've been to in the past decade where Radiohead weren't rumoured to be playing a surprise set was the one where they were headlining anyway. So who knows?

Our money is still on the recently reformed Pulp to show up on the Park Stage at some point over the weekend.

Either way, if you're reading this, we assume that you're probably not at Glastonbury this weekend, so compensate any Radiohead-envy with the knowledge that the Met Office are reporting that more heavy rain is expected to hit the site this afternoon and evening.

Elsewhere, U2 headline the festival tonight after pulling out, and being replaced by Damon Albarn's Gorillaz, last year.

We're probably not going to get a better excuse than this to repost the video of Radiohead performing new song Staircase, are we? Watch below, it's brilliant.