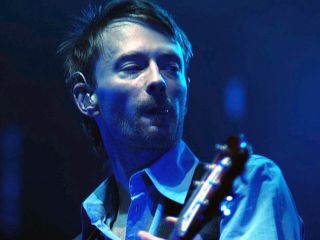 I'm ready for my close-up

Exterior. Hollywood Boulevard. Night. A pimped-out convertible eases down the street. Seated behind the driver are a blinged-out Thom Yorke and some bikini-clad babes. Thom pops some bubbly, takes a stogie from his lips, and lip-syncs his latest hit.

Wait a minute...You say you have a better idea for a video? Well, prove it. Radiohead, along with TBD Records, Cartoon Network's Adult Swim and animation Web portal Aniboom.com, are sponsoring an online contest inviting fans to produce an animated music video for any song from In Rainbows, the band's popular 2007 album that was originally available for download at an optional price.

Online voters and a panel of judges will select finalists with Radiohead choosing a winner who will receive a $10,000 prize to produce a full-length animated music video. The competition began Monday and continues through April 27.

But seriously, don't nick that convertible rolling down Hollywood Boulevard idea. That one's all ours.