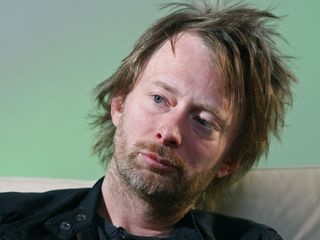 Radiohead singer Thom Yorke says the band will not be making another 'full' album for as long as he can see.

In an interview with US magazine The Believer, the singer said: "None of us want to go into that creative hoo-ha of a long-play record again. Not straight off.

"I mean, it's just become a real drag. It worked with In Rainbows because we had a real fixed idea about where we were going. But we've all said that we can't possibly dive into that again. It'll kill us.

"I mean, obviously, there's still something great about the album. It's just, for us, right now, we need to get away from it a bit… In Rainbows was a particular aesthetic and I can't bear the idea of doing that again. Not that it's not good, I just can't… bear… that."

Instead, Radiohead plan to release to some 'singles', EPs, and other shorter one-off projects.

"Jonny [Greenwood] and I have talked about sitting down and writing songs for orchestra and orchestrating it fully and just doing it like that and then doing a live take of it and that's it ­- finished" says Yorke.

"We've always wanted to do it, but we've never done it because, I think the reason is, we're always taking songs that haven't been written for that, and then trying to adapt them. That's one possible EP because, with things like that, you think, Do you want to do a whole record like that? Or do you just want to get stuck into it for a bit and see how it feels?"

Radiohead have just released a track, Harry Patch (In Memory Of), in tribute to the longest-surviving British soldier of World War I. The song hints at a new orchestral slant to Radiohead's music.

The band pioneered a new model for albums with the release of 2006's In Rainbows. Prior to its physical release, fans could download an MP3 version and pay what what they wanted.

Smashing Pumpkins' Billy Corgan and Ash are other artists who say they will no longer make full albums.