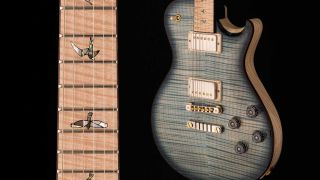 PRS has announced the latest in its line of achingly desirable Guitars of the Month, the Singlecut McCarty 594.

Just 20 of these beauties will be made, and although we don't have a accurate price for you, we'd estimate at least $10,000.

Take a look at some of PRS's other Guitar of the Month offerings: