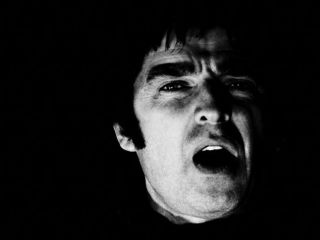 Oasis linchpin Noel Gallagher wants to join another band, "play the guitar and not have to worry about singing or writing songs."

In an interview with Italian newspaper Corriere della Sera, Gallagher also denied Oasis would not make a record for five years, but poured cold water on the notion of a solo album.

Gallagher said: "[Five] was just a number. I could have said 10, but Oasis won't break up. It's just that at the moment I can't see what more we can do. Bigger tours? More money?

"I need something different to maintain my interest... My ideal would be to join another band."

"Chris Martin is an idiot"

"I look at Chris Martin, who says he has never taken drugs in his life, and I think he's an idiot. Doing drugs is the most beautiful thing about being in a rock band," said Gallagher, who claimed to have spent £1m on drugs in his career.

He went on: "At a U2 or Coldplay concert there is always a message about poor people or people dying of hunger. OK, but can't we just have a nice evening? Do we always have to feel guilty?"

All business as usual, but brother Liam Gallagher has already Tweeted on related matters. "Just heard through the grapevine that Noely G is playing guitar on The Nolan Sisters' comeback tour," wrote Liam. "...B Jeezus..."

Obviously a joke - MusicRadar hopes - but maybe it hints that Noel is soon to play guitar with another band?

Who could it be?