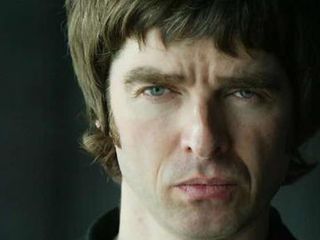 Having just signed a three-album, multi-million-dollar deal with SonyBMG, Oasis' Noel Gallagher can basically do as he pleases. But give music away for free? Not very likely. In fact, on the subject of Radiohead and their recent pay-what-you-like policy for the album In Rainbows, the Manchester guitarist has labeled the entire affair a "free marketing ploy."

Stating categorically that Oasis would not be following the same release pattern for its upcoming album, Dig Out Your Soul, Gallagher said, "That's not our bag. I didn't spend a year in the most expensive studio in England, with the most expensive producer in America and the most expensive graphic designer in London to then give it away. Fuck that."

But Gallagher, always known for his blunt take, seems to show signs of mellowing with age. Consistent with his bash-him-but-I-really-like-him comments about rapper Jay-Z, he had this to say about Radiohead themselves: "To be honest, to me it looked like marketing - a great way of getting a load of marketing for free really. But good for them. That's what they do, they're rebels and outsiders."

Even so, we'd love to hear his assessment on Nickelback.