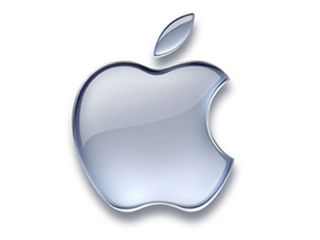 New year is a good time as any for thinking about what you do and where you want to go. And, indeed, what others might plan to do over the coming year.

So MusicRadar sat down and worked out its collective resolutions and predictions for 2009.

Check back in 12 months time to see how we got on and how right we were!

Just go and buy that guitar

There's always a reason not to make that all important guitar purchase: rent, gas bills, car insurance, shoes for the wife and food for the kids. But honestly, how much longer can you put it off? It doesn't even have to be expensive! Buy a second hand Epiphone 335 and pimp it out with some Bareknuckle pickups or get yourself a Fender Baja Tele - practically custom-shop spec'd for under £500. Do it. Tom Porter

Clear out your plug-ins folder

If you're anything like us, your virtual instrument and effects racks will be filled with plug-ins that you installed on a whim but never actually use. Now's the time to purge your computer of these unnecessary software ornaments - go through your collection and streamline it where appropriate. Restricting your creative parameters might sound daft, but it'll focus your mind and help you to create better music. Ben Rogerson

It's easy to get in a writing rut as a guitarist, but alt tunings can help you escape. New melodies will arrive, new songwriting structures can be exposed. If alt tunings are good enough for songwriters diverse as Bob Dylan, Sonic Youth and Keith Richards, there's no excuse not to dive in. Michael Leonard

Play with others more

I've been playing the drums too much to CDs. While it's been great drumming along with Ringo and Charlie Watts and dozens more, I miss the interaction of live musicians, of making silly mistakes in front of people and seeing their reaction. Or making silly mistakes that actually work and seeing another kind of reaction. So I'm going to do what musicians do: play with other musicians. (Now, if I can just find the time.) Joe Bosso

To music that is. Being (sortof) a music journalist, it's probable that I'm slightly more prone to trend-surfing snobbery than your average music listener, but I reckon this resolution is one that most of us could try to adopt. I'm not hoping for some wishy-washy dreamtopia where everyone likes everything, but this year I think we should all promise that a) we'll listen to something before deciding if we like it or not and b) we'll not once say the dreaded word 'cool'. Chris Wickett

Learn to play the harmonica

Alright so it's certain to alienate the neighbours, but it struck me recently that many of my favourite records of all time have harmonica parts all over them. How hard can it be to learn? Well, pretty damn hard if I don't even own a harmonica in the first place. And what key does it need to be in? I think some research is required… Chris Vinnicombe

A personal one this, but one for all to aspire to (unless, of course, you're dead clever and have done it already). This time last year, the same declaration was made about world music. Cue 12 months' intensive listening to Ghanan honk horn, Thai psychedelia and whatever Honest Jons and Sublime Frequencies released. This year, it's time to take classical seriously beyond knowing who Arvo Part is. Wish me luck. Mike Goldsmith

Slice the Pie, we7 and countless other music business models have emerged over the last couple of years - there was even a band on Dragon's Den - but as of yet, none have captured the imagination (or wallets) of the mainstream music world. Surely though, driven by necessity, 2009 will bring ideas so fresh, funky and lucrative that the music industry will be saved! Hoorah! Chris Wickett

Apple will launch a touchscreen computer

Rumours of a tablet-style Mac have been doing the rounds for months - 2009 could be the year that they become a reality. Apple has dipped more than a couple of toes into multi-touch waters with its iPhone and iPod touch, so a larger device that uses the same kind of technology seems like a logical next step. For music makers who want to get more hands-on with their software, this could be very good news indeed. Ben Rogerson

Blur will begin a new album

Given the rich 'solo' form of both Damon Albarn (Gorillaz, The Good The Bad And The Queen, Monkey: Journey To The West) and Graham Coxon (particularly Happiness In Magazines), it's almost inconceivable new tunes won't be written. Expect a new one or two at their summer 2009 shows, with a new album being recorded in the autumn. Michael Leonard

My grandfather once said, "Beating a dead horse is one thing. Trying to put a saddle on one is something else." Which brings me to Chinese Democracy. Despite assertions from insiders that the album is a 'slow burner' and the public will eventually discover what a classic it truly is, I say nobody's going to saddle up ol' Droop-Along. This is one lifeless equine that's headed for the glue factory. (My additional prediction? A Guns N' Roses reunion to follow.) Joe Bosso

With albums either being given away for free or being sold for change, how is the music industry going to survive in 2009? Well, check out the more neglected half of the In Rainbows release strategy - the boutique release. According to reports, Radiohead shifted all 100,000 copies of their Discbox at £40 a pop - a move not lost on Portishead, Pearl Jam or Franz Ferdinand. Mike Goldsmith

Deep kicks and small, shallow toms are in!

The Libertines will reform

Although there have been some pretty ill-advised dollar-chasing reunion tours over the last few years, we'd love to see Pete Doherty and Carl Barat reunite. With Dirty Pretty Things about to wind up, the door seems open for a reconciliation and it would be great to see the old gang get back together in all their ramshackle glory. What price a reformed Libertines sharing the bill with Blur at Glastonbury in 2009? Only time will tell… Chris Vinnicombe