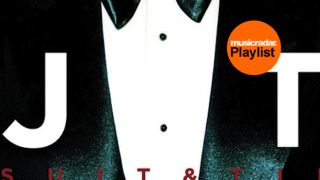 Another dispatch from the great, all-encompassing (metaphorical) iPod Shuffle that we like to call the MusicRadar office playlist.

As ever let us know what you're listening to, what you're enjoying, and what's inspiring your music making via Twitter and Facebook.

Personally, I've had the new Justin Timberlake album on pretty much constant repeat this past week (what can I say, I'm a sucker for eight minute long, Timbaland produced pop songs!) If there's one thing I like more than a self-indulgent R&B pop tune, however, it's a leftfield-techno-leaning remix of a self-indulgent R&B pop tune. Step up Mr Kieran Hebden... Si Truss

If the name isn't enough of a clue, this is highly psychedelic rock of the highest order. The vocals are reminiscent of Olivia Tremor Control at their poppiest while the guitars come on like T-Rex on a comedown, an irresistible combination if you ask me. Rob Power

We had the opportunity to hang with guitarist Earl Slick yesterday for a video you'll be seeing soon on MusicRadar, and as we've been listening to David Bowie's grand new album, The Next Day, which features Slick's many talents, we reached back for this live clip from 2000. On the song Stay, which appeared on Bowie's '76 album Station To Station, Slick dispatches gritty funk-rock riffs and searing, marvellously sustained solos that feel endless in all the right ways. Joe Bosso

Sparrow And The Workshop - Shock Shock

If you fancy being serenaded by a newspaper-clad mermaid in an empty swimming pool, then this is very much for you. Full of frazzled guitar lines and weirdly wonderful melodies, Sparrow And The Workshop have put together 2 minutes and 39 seconds of vaguely apocalyptic fuzz that flicks most - if not all - of our switches. RP

There are so many 'comeback' albums kicking about at the moment that the return of synth-pop pioneers Depeche Mode after a four year absence seems to have gone slightly overlooked. But if this latest track - which follows the excellent lead single Heaven - is anything to go by, then it looks like Dave Gahan and co's new one might be something of an unexpected treat. ST