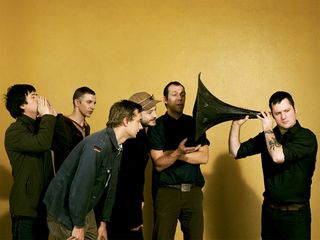 Ex-Smith Johnny Marr's desertion from Modest Mouse last summer was supposed to be a temporary arrangement. But while the fruits of his new project with The Cribs are showcased next month, Modest Mouse have been forced to go it alone.

The US-based rockers have announced a 12-date North American tour. They've replaced Johnny Marr with former Grandaddy guitarist Jim Fairchild, although according to the band's publicist, Marr is still a member of Modest Mouse.

Jim Fairchild must be another one of these 'temporary arrangements,' then. Regardless, it's a decent swap, and fans will no-doubt be overjoyed to see the new line-up at the following locations…