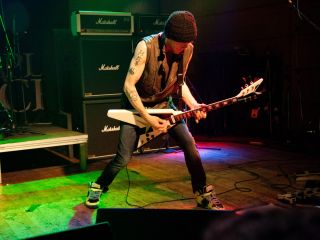 German rock hero and former UFO guitarist Michael Schenker is heading to the UK for full tour in April next year.

Returning with Temple Of Rock, his band of classic rock alumni including vocalist Doogie White (Rainbow, Yngwie Malmsteen), Schenker is promising to play the hits from across his back catalogue, including UFO, MSG and Scorpions tracks, as well as newer songs taken from his recent album, also dubbed Temple Of Rock.

Tickets are available now from TheGigCartel.com.