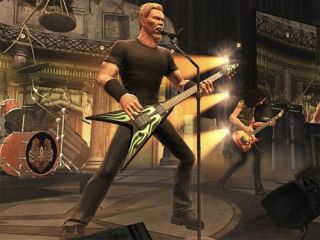 The prestigious gaming awards take place in London in October

The Beatles, Metallica and Van Halen are set to compete to see whose video game spin-off will triumph in the Music Game Of The Year category at the Golden Joystick Awards.

The bands, who have amassed over 300 million album sales between them, have all released their own branded games over the last 12 months; The Beatles in the form of their much-hyped Rock Band game, whilst Metallica and Van Halen have both put their names to new additions of the popular Guitar Hero series.

The Golden Joystick Awards, which are voted for by gaming fans from around the world, are set to take place in London at the end of October and mark one of the biggest dates in the gaming industry calendar.

This year's ceremony sees the introduction of the new Music Game Of The Year category. The full list of nominees is as follows:

To vote in this or any other category visit the Golden Joystick Awards site.