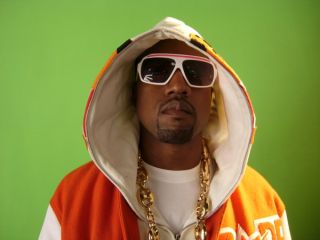 Kanye West is now an author too. No Auto-Tune necessary

We're not sure if it actually glows in the dark, but rapper and Auto-Tune-loving singer Kanye West is putting together a book about his recent Glow In The Dark tour.

Apparently, the project is so massive in scope that it's being described as a "deluxe edition."

The book will be jam-packed with extras, such as a CD that includes Star Wars-like symphonics from the show as well as interview withfilm director Spike Jonze. According to Miers, "It is not only a memento of one of the most successful musical performances of the year, it is an experience all its own."

OK then, we're sold. One question, though: Will the book be authored by Kanye West or the name the entertainer has recently insisted he be called, Martin Louis The King Jr?