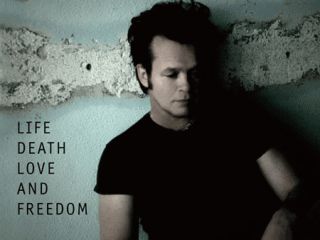 MusicRadar has previously asked why no-one cares about high-fidelity audio anymore, and yet how rock veteran Neil Young is finally embracing digital audio by releasing his back catalogue on Blu-ray discs because they trump the sound of CDs.

Well, it looks like the veterans of the US recording industry aren´t done with the pursuit of hi-fi audio just yet.

Amercian producer T Bone Burnett (also a member of Robert Plant´s band) has started a new venture called CODE, which aims to do for music what THX did for cinema sound: set standards that ensure superior audio quality for listeners. Indeed, Burnett´s people claim Code is virtually indistinguishable from the original master tapes.

“We´ve been fighting the limitations of digital audio since it first came out,” says Burnett. “The artists lost control of the process, and it just got to the point where the Dude could not abide.”

The first CODE album is to John Mellencamp´s Life, Death, Love And Freedom (which, surprise, Burnett produced). It´s out on released 15 July in a two-disc package: a standard CD and an audio-only DVD with superior sound quality that will play on any standard DVD player. The package will also include MP3 files plus iPod-playable AAC files (256 kbps) ripped straight from the masters which Burnett says results in better sound. He expects Elvis Costello to release his next album with CODE, too.

According to Mellencamp, “When T Bone introduced me to CODE, it was a remarkable experience. I could hear the music the way it was intended to be heard. I'm very happy the people are going to be able to share this experience in a way that's so true to our original intent."

Not that Burnett and Mellencamp are against everything new about the recorded music industry. The album will be release via Hear Music (Starbucks coffee shops, plus traditional CD retailers) so pass by, grab a skinny latte, and hear how good CODE sounds. If you can hear the nuances above the squirt of the coffee machines, that is…