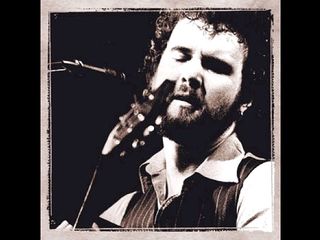 Scottish singer-songwriter John Martyn has died at the age of 60. Martyn's music incorporated folk, blues and funk, and he was widely regarded by fellow musicians as one of the most innovative singer-songwriters and guitarists of his generation.

Martyn was born Iain David McGeachy in Surrey in 1948, but grew up in Glasgow. He was appointed an OBE in the 2009 New Year Honours.

A statement on his website on Thursday 29 January simply said: "With heavy heart and an unbearable sense of loss we must announce that John died this morning." He died in hospital in Ireland.

Martyn battled with drugs and alcohol throughout his life. In 2003, he had his right leg amputated below the knee after a cyst burst, and in recent years he performed in a wheelchair.

Martyn moved to London in his late teens and became a fixture at Les Cousins, the Soho club that also gave early exposure to Ralph McTell, Davy Graham and Bert Jansch. "Davy was my hero," later recalled Martyn. "I basically wanted to be him."

Martyn was the first white act to be signed to Island Records, and released his debut album, London Conversation, in 1968.

He arguably hit his peak in the '70s, with the 1973 album Solid Air (the title song was a tribute to his friend Nick Drake) widely regarded as a classic.

Martyn's songwriting has been cited as an influence by artists diverse as Portishead, The Cocteau Twins, Eric Clapton and Phil Collins (who also acted as Martyn's producer), while his innovative guitar playing - often using Echoplex delay units, flangers and reverb - has been lauded by The Verve's Nick McCabe among many others.

In 2007, Martyn told MusicRadar's sister magazine Guitarist: "I don't see myself as being anything other than a working musician. If I wasn't, I'd die. I'd die of sheer fucking boredom.

"I intend to die in harness, and I will do this until I die. My whole ethos has been of a lonely blues guitar player with this guitar."

Here's John Martyn performing his classic May You Never on BBC's The Old Grey Whistle Test in 1973.