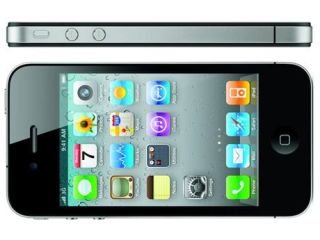 Apple's WWDC10 keynote presentation saw Steve Jobs unveil iPhone 4 with a release date of 24 June in the UK, US, Japan, Germany and France. So what can the iPhone 4 do for music-making?

In hardware terms, perhaps the most obviously beneficial new feature of the iPhone 4 is the HD video recording, which means you'll be able to capture your band's rehearsals/performances and upload them to the internet without ever having to go near a computer. Thanks to the new iPhone version of iMovie, even on-the-go editing is possible.

Behind the scenes, iPhone 4 sports an Apple A4 processor, which means more power and (potentially) more capable music-making apps. These should look sharper, too, thanks to the new high-resolution Retina display.

Another hardware addition is the 3-axis gyro that, when combined with the accelerometer, makes the iPhone 4 fully motion-sensitive. It seems highly likely that developers of music-making apps will utilise this technology for control purposes in the future.

It's also worth noting that the forthcoming iOS 4 update (the new name for iPhone OS) will add multitasking, though this still won't enable music apps to talk to each other. You will be able to organise your apps into folders, though, giving you easier and faster access to them.

We can certainly see many iPhone-owning musicians wanting to upgrade to the new model, but possibly not specifically because they think it will help them to make more and better music.

If you don't yet own a portable Apple device but are thinking of buying one, the iPad remains a better choice if your primary concern is music making, as the reality is that none of the iPhone 4's new features can trump its big brother's larger screen.

For more detail and analysis, take a browse through our sister site TechRadar's extensive iPhone 4 coverage.