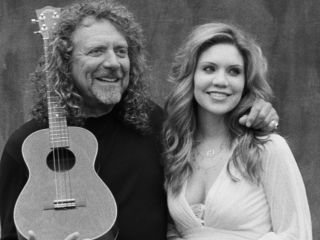 Led Zeppelin fans will definitely have to wait till 2009 - at the earliest - for a chance at seeing that band, as Robert Plant and Alison Krauss have just announced another round of dates for their smash Raising Sand tour.

The new dates begin Sept. 23 in Kansas City, Missouri, and will wrap Oct. 5 in Saratoga, California.

The duo's Raising Sand album has sold 1.03 million copies in the United States, a fairly astonishing number in these days of declining music sales.

Of the tour, Kauss says, "I'm surprised at the varying of the performances show to show. Because of the personalities within the band, it has changed the show night to night, not only the show overall but each tune takes on a different character. Everything has its own identity from night to that. That's very exciting for all of us."

And no doubt exciting to the millions of fans who are waiting for a Led Zeppelin tour.