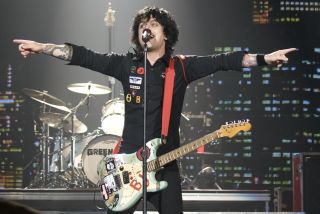 The shop, named Broken Guitars will open on April 3rd, selling used guitars, and will initially be stocked with 75 instruments from Armstrong and Schnieder's personal collections.Bill Schneider - who previously ran a music store called Univibe - told the East Bay Express, "We want to be a shop for musicians. The focus is used American guitars: Gretsch, Fender, and not necessarily just vintage ones."

Schneider added that the store will aim to have a general price range of $400-$800, serving players who want an instrument that falls between entry-level and pricey vintage guitars. Broken Guitars will also sell amplifiers, and carry out repairs, with an in-house luthier on hand.

Broken Guitars opens on April 3rd, and will be located at 423 40th Street, Oakland.