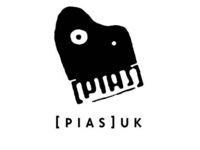 The company held stock of over 160 UK independent labels.

Following the news we brought you earlier this week of the fire at Sony's North London warehouse affecting numerous independent record labels, PIAS - the distribution company whose stock was destroyed - have issued an official statement.

In the statement, which you can read in full below, PIAS say they "have been overwhelmed by the response and incredible support offered to both ourselves and the labels that we represent."

In response to the outpouring of support PIAS, along with the Association of Independent Music (AIM) have set up an emergency fund which individuals and organisations can use to donate money to support the affected labels.

The fund is set to be distributed to the labels most in need as interest and security free loans.

In an official statement Alison Wenham of AIM said, "the independents will survive this disaster, as they have survived other business challenges. We represent a community which has a mutual respect for the work of all indie labels, be they large or small, and the industry needs to nurture and protect these small companies in times like this."

For more information, and for details of how to donate to the emergency fund, visit AIM's website.

"[PIAS] have been overwhelmed by the response and incredible support offered to both ourselves and the labels that we represent here in the UK.

"Labels and artists affected by the destruction of the Sony DADC warehouse are faced with incredible pressures on their businesses in respect to the re-manufacture, re-supply and marketing required as a result of the fire. Whilst it is expected that insurance will cover the lost stock, the reality for many labels is that they will not be compensated or insured for an interruption of trade or the additional capital to reproduce the stock that they have lost and the promotion in which they have invested.

"[PIAS] have been working around the clock to ensure that the wheels of supply continue to turn as soon as possible. [PIAS] and AIM have been in dialogue with MCPS, PPL and other companies and organisations to discuss ways in which these additional and un-insured costs can be mitigated.

"Additional efforts from [PIAS] range from securing preferential rates with suppliers for effected labels; encouraging digital retail initiatives to drive and promote digital sales whilst physical stocks replenish; conducting negotiations to reduce fees that might be charged to labels in the normal course of business.

"The last 48 hours has seen a genuine outpouring of support for the principal of independent labels, artists and repertoire. [PIAS] and our labels have received offers of support from both some of the largest names in the business to individuals, all of which simply want to do all they can to support the continued vibrancy and creativity associated with independent music.

"In addition to the efforts to reduce actual costs through negotiation, and in response to the numerous offers of support, benefits, fundraising initiatives etc, [PIAS] have worked in conjunction with AIM (Association of Independent Music) to create a fund that companies and organisers of initiatives can contribute too. In this way, we have created a vehicle for enabling those involved to do so safe in the knowledge that such monies will be distributed fairly amongst the most needy labels with the sanction of both [PIAS] and AIM.

"Kenny Gates, Co-Founder and CEO, [PIAS] added: "The fund that is being put together in a matter of hours by [PIAS] and AIM demonstrates once again the strength and solidarity in the independent music community. [PIAS] will carry on engaging, helping and supporting its labels and artists in every way possible. I am very confident that our combined efforts will result in the smallest interruption to our collective business. Again the compassion of our recording artists, our labels and the industry wide support is amazing."

"Whilst the specific details of distribution are yet to be determined and our current priority is to support the immediate needs of the labels and artists that we work with, we are also keen to establish a vehicle for the incredible generosity that has been shown towards our labels and associated artists."